When you head over to James Street you see a little different Key West.  The buildings are more functional … modern than those you find a few streets over in Old Town.  The Key West Electric Company building is no exception.  Located at the corner of James and Grinnell.  I found the retro-modern take on the building’s exterior and sign really cool. 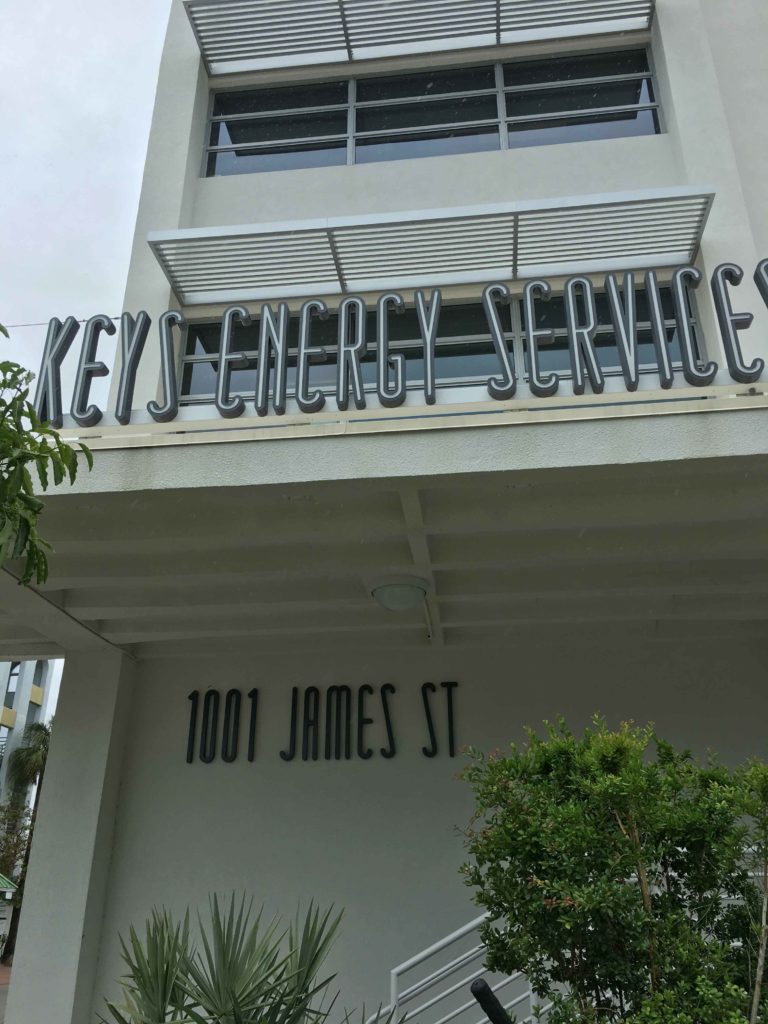 Power came to Key West in 1887 when J. J. Philbrick created the Key West Gas and Electric Company.  This was seven years after Edison brought power to New York.  Ten years later Curry and Sons created their own power company.  These two entities faced a rivalry that lasted almost seven years; until Mr. Philbrick passed away.  At that time, his nephews, John P. and A.F. Laflin took over. 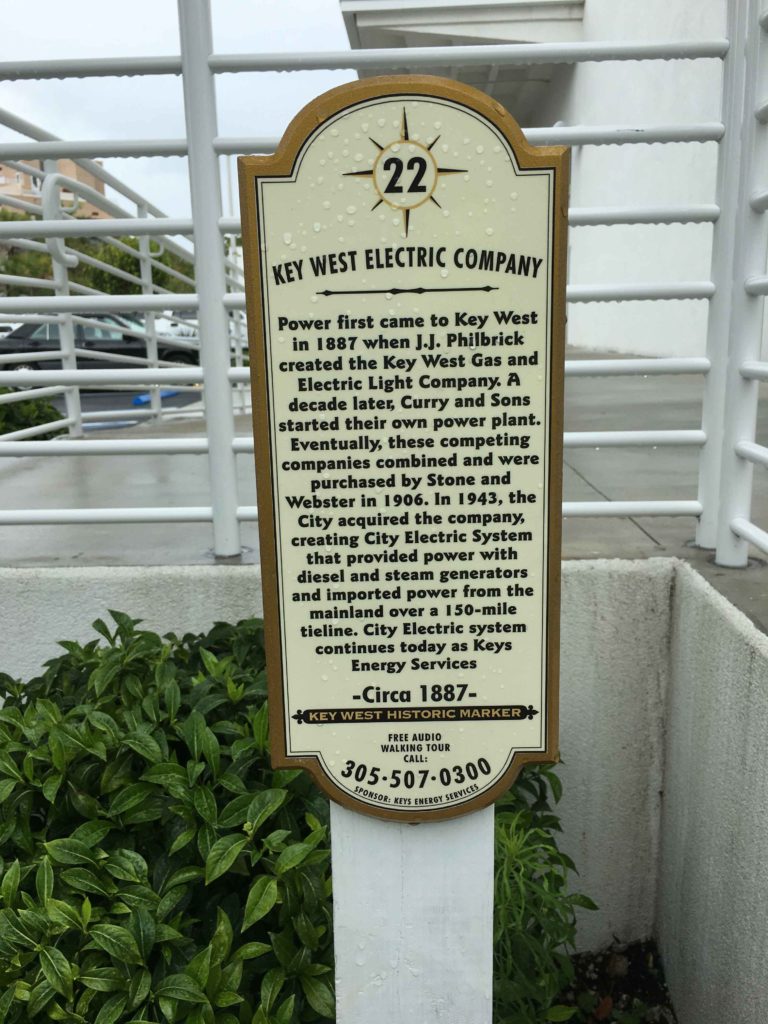 The nephews negotiated a deal where the two entities, theirs and Curry & Sons, merged.  The newly formed Board consisted of the nephews along with members from the Curry family, Jeremiah Fogarty and E.H. Gato.  As you explore the history of Key West, it is amazing how many times familiar names continue to surface.

This new electric company only last a few years because it was then sold to Stone and Webster in 1906.  The City of Key West acquired the power company in 1943 and created the City Electric System.  The city created power with diesel and steam generators and imported power from the Mainland over a 150-mile TIELINE.  Today the power company operates as the Keys Energy Services.

Keys Energy Services provides electric from Key West to the Seven-Mile Bridge and serves over 28,000 customers.  All power is imported over the transmission lines (or TIELINE).  Local power generation is only used for emergency back-up.  According to the Keys Energy Services website, it is much cheaper to import than produce energy locally.

Why do I include this on the walking tour?  I like the modern aspect of the building.  It’s a stark contrast to the older homes found in Old Town.  The concrete and metal show how Key West has embraced modern ideas and architecture, but tastefully sprinkles it among the historical homes we all love so much. 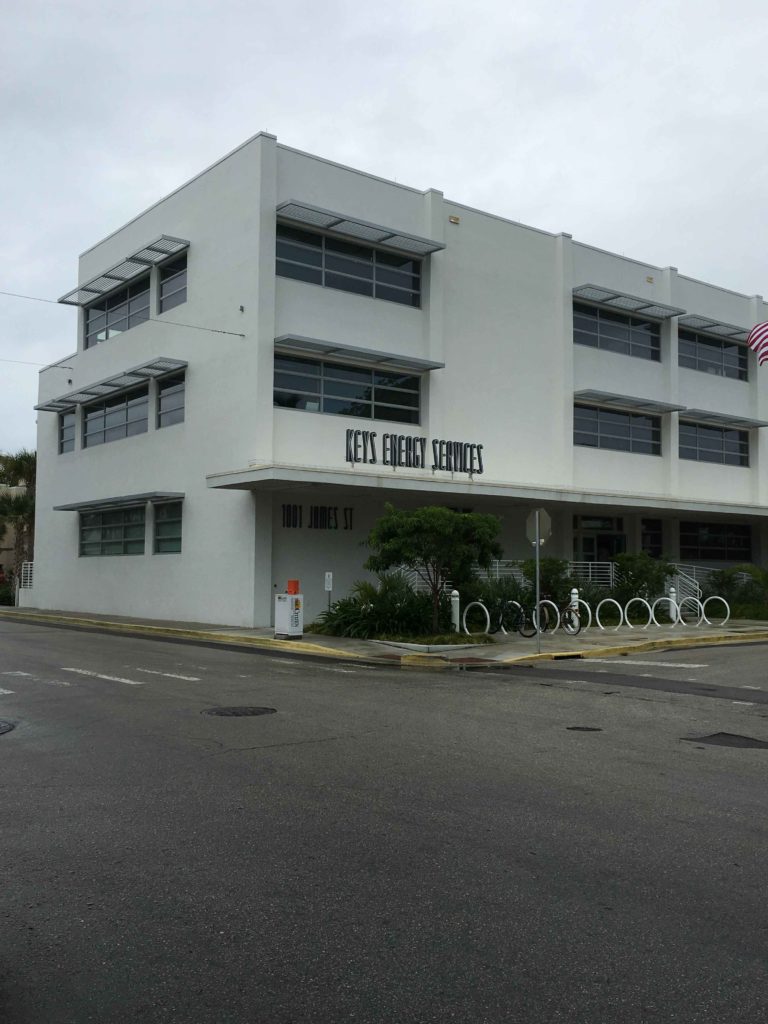