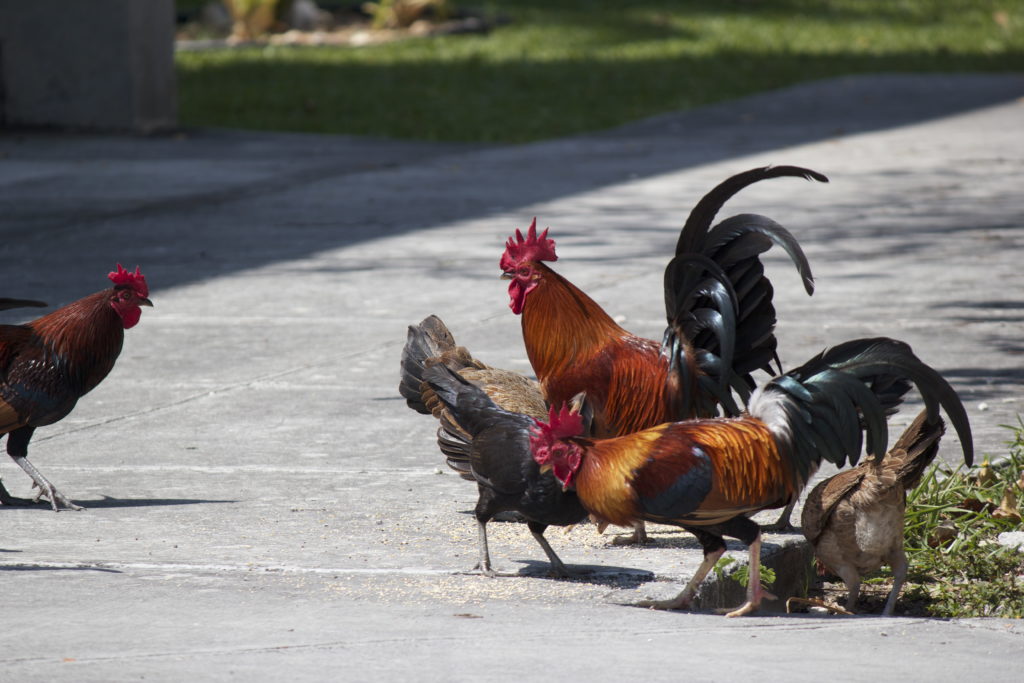 Key West roosters are the most photographed inhabitants of Key West.  A rooster is a male chicken and the term “rooster” originated in the United States. It could come from the fact that most chickens “roost” in trees to sleep at night.

Roosters are very territorial and will protect their hens.  Key West Roosters descend from roosters bred in Cuba and the Keys for fighting.  For many years a winning fight rooster would be a source of income and, of course, bragging rights.  Cockfights are no longer legal in the United States; because of this, a lot of chickens were released and left to their own on the Island.  Today these roosters are prized for their gorgeous colored plumes and still have their fighting spirit of their ancestors.

Fiercely protective, these hens rely on their genes to guard against threats from the air such as hawk attacks, along with snake, rodent, cat, dog, and other threats.  Because of this, there is a waiting list for these chickens. 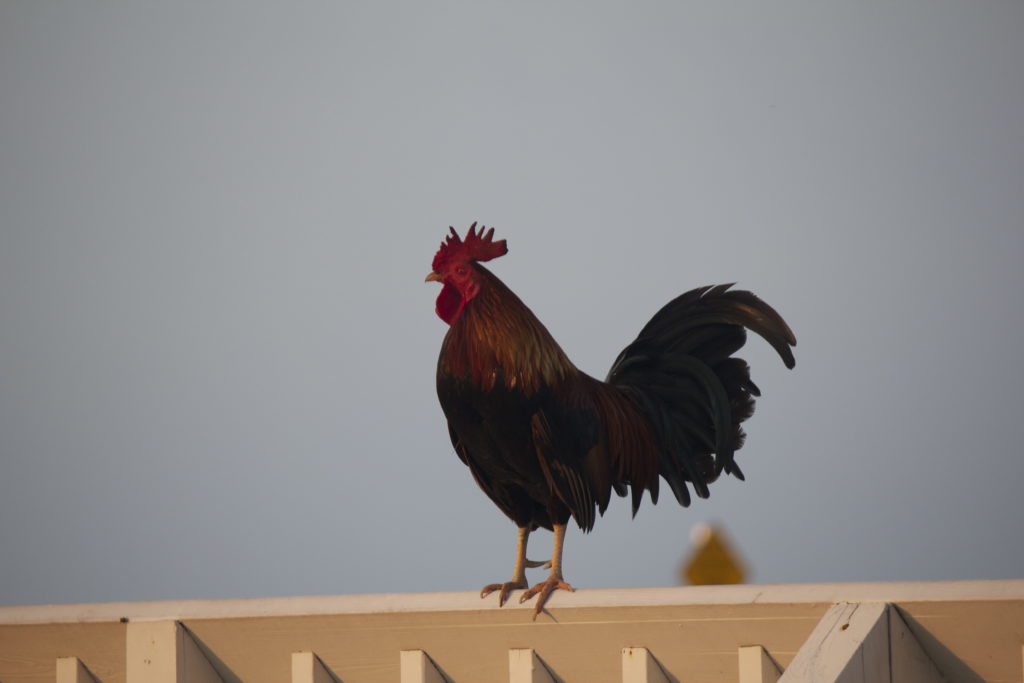 At one point, the rooster population grew so big that back in 2004 Key West hired a chicken catcher to reduce the population.  The work of the catcher was very controversial so when the contractor quit the post was discontinued.  The contractor didn’t even last a year.

Today the Key West Wildlife Center has a community trapping program.  Residents can trap nuisance chickens and bring them to the center.  The chickens are fed and cared for very well.  The Wildlife Center will relocate the chickens to farms in central and northern Florida for their eggs and pest control (since they love to eat bugs).  In 2011, there were 1,500 chickens relocated.

The Key West Wildlife Center relocates the chickens to, among other places, an organic orange orchard in Lake Worth to provide pesticide free bug control.  Some are also sent to a large farm animal rescue ranch near Lake Okeechobee and an eight acre ranch in Fort Meyers.

The Center is mainly funded through donations but they do receive some funding directly from the City of Key West.

Overall, the Key West roosters are what make Key West unique and wonderful.  They are all over the city and you can’t miss hearing them all hours of the day…. and night. 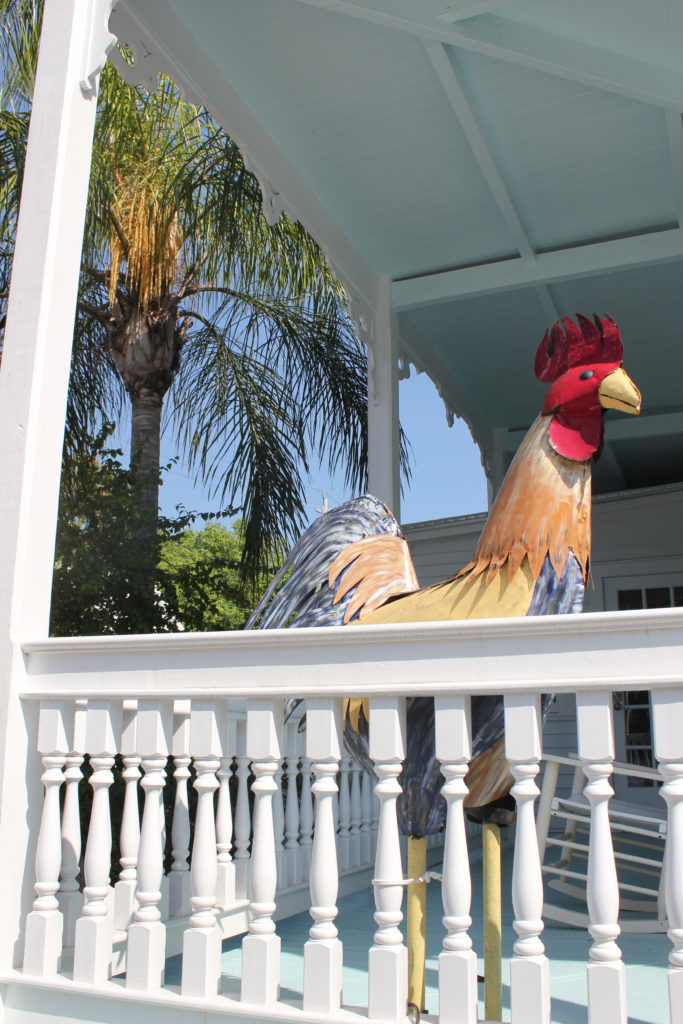 So loved, the roosters can be found as art throughout the Island