The Key West Woman’s Club is located at 319 Duval Street between Eaton and Caroline Street. 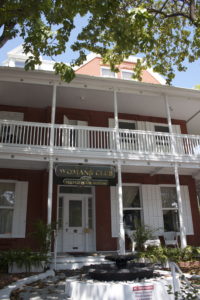 This red brick home was built by Captain Martin Hellings in 1892. Captain Hellings was the manager of the International Ocean Telegraph Company. The importance of his job is obvious if you consider that before the advent of radio and telephones the telegraph was the only way to communicate long distances.  He earned distinction during the Civil War for services rendered.

The Captain’s wife Eleanor was the daughter of William Curry, who was one of the foremost merchants of his time and is believed to be Florida’s first millionare.

Eleanor Hellings was the founder of the Key West branch of the Christian Science Church. 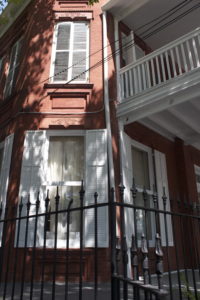 After Mr. Hellings died, the family moved and the home was converted into an office building.  The building was occupied by many local businessmen including the late Judge W. Hunt Harris.

In 1940 the building was purchased by the Key West Woman’s Club. During the first 20 years of their ownership the house had two main functions. The left side of the building was maintained as the only public library in Monroe County and the rooms on the right side were club rooms. 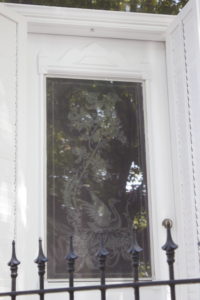 The Women’s Club was instrumental in the building of the Monroe County Library in 1959 located at 700 Fleming Street in the Historic District.  The Woman’s Club contributed greatly to the development of the library.

Behind the house, the red frame structure with a gabled metal roof was once a carriage house for a horse used by the U.S. Post Office. It is currently the home of the Red Barn Theatre. 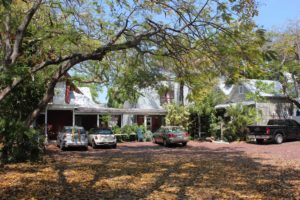