Walking around Key West, you can find so many interesting things.  People, roosters and of course, the architecture.  I often highlight interesting buildings to see, based on either its history or architecture, but don’t forget to look up.  Roofs can, and are, very interesting. Believe it or not…

So, what exactly is a mansard roof?  It reminds me of a French chateau.  It was popularized by the French architect, Francois Mansart, during the 1600’s.  Primarily designed to shed snow loads and avoid French property taxes.  It became popular in the United States during the 1850’s.  It was part of the architectural movement knows as “Second Empire Style”.

In 1783 Paris, taxes were lived on the height of the building.  Any living space in the mansard roof was tax exempt and the style of roof reduced the tax burden to the property owner.

This style of roof is very popular in colder climates because it allows snow loads to slide off of the roof easily.

An example of the mansard roof can be found at 915 Eaton Street between Grinnell and Margaret Streets. 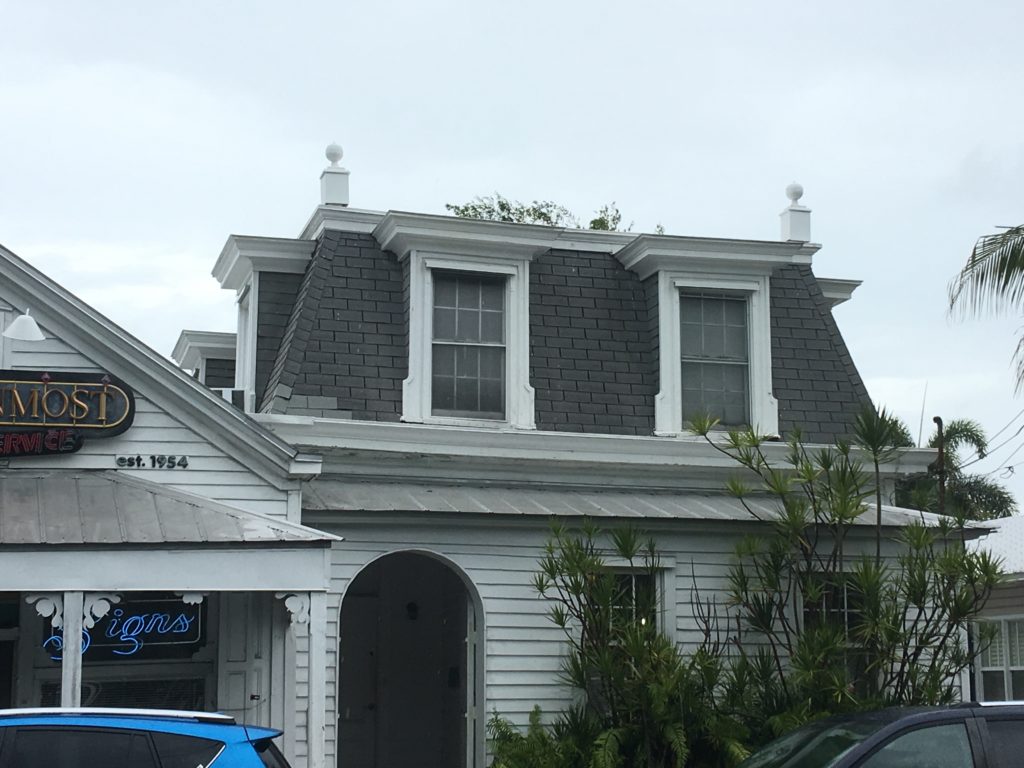 How did this get to Key West?

Great question!  Given this style of roof was popular in colder climates, seems odd that you find it here, in Key West.  One thought is it’s attributed to the city’s diverse population in the nineteenth century.  Another is the sailors coming from the East Coast.  Sailors from New England (cold, snowy climate) sailed to warmer climates during the winters.  Specifically Key West and the Caribbean.  They brought with them their home styles and replicated them on the Island. Yet another, is a builder was familiar with this style of roofing and just continued to build homes in this style while in Key West.

No matter the reason, the roof is really unique in Key West.

Did this building move?

Nope.  Keep in mind when the building was first built, this section of the Island was steps from the shoreline.  Due to the demand for more land and several dredging projects, Key West has expanded from a 1 x 3 mile Island to a 2 x 4 mile Island.  So, today, this building is actually several blocks from the water.

Originally, the building was a local Cuban bread bakery.  The building has only had three owners in its more than 100 years.  The second owner started the Southernmost Sign Company, which still occupies the building today.  Interesting note, the sign company brought neon signs to Key West in the 1950’s.

Architecture in Key West is just … amazing.  You can see Victorian, Shotgun and Conch Houses, but don’t forget to look up at the roofs.  Look at the style, look at the materials (bet all you see is metal…), look at the windows.  Walk off Duval and experience Key West from a different perspective.  See how the homes in a neighborhood are different, but slightly the same.  Watch how a restoration project is trying to preserve the past, yet modernize the home for today.  Do you have a favorite home or architectural style in Key West? 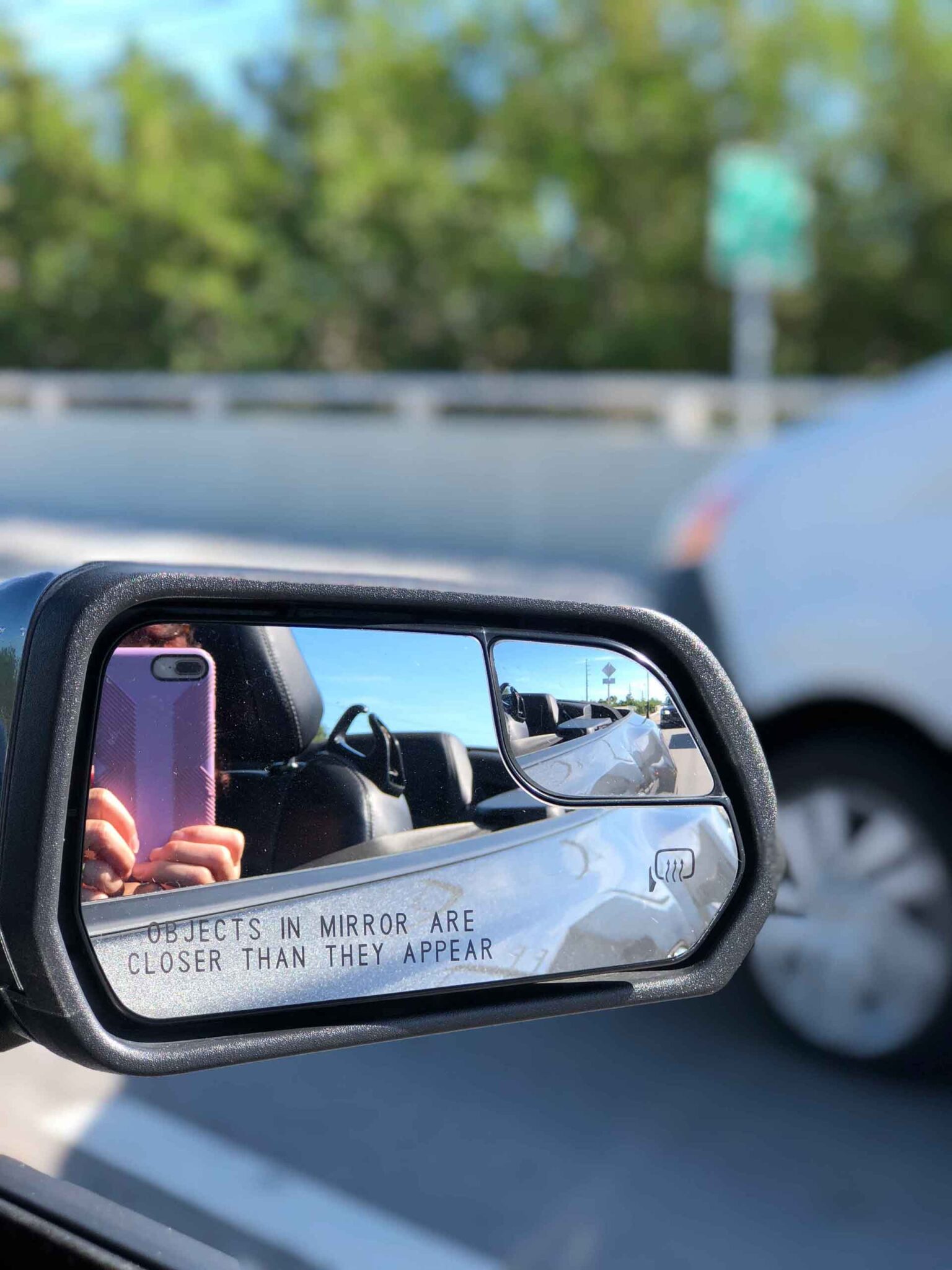 Driving down, or up, the Overseas Highway should be on everyone’s bucket list.  If you fly into Miami or Fort...

END_OF_DOCUMENT_TOKEN_TO_BE_REPLACED 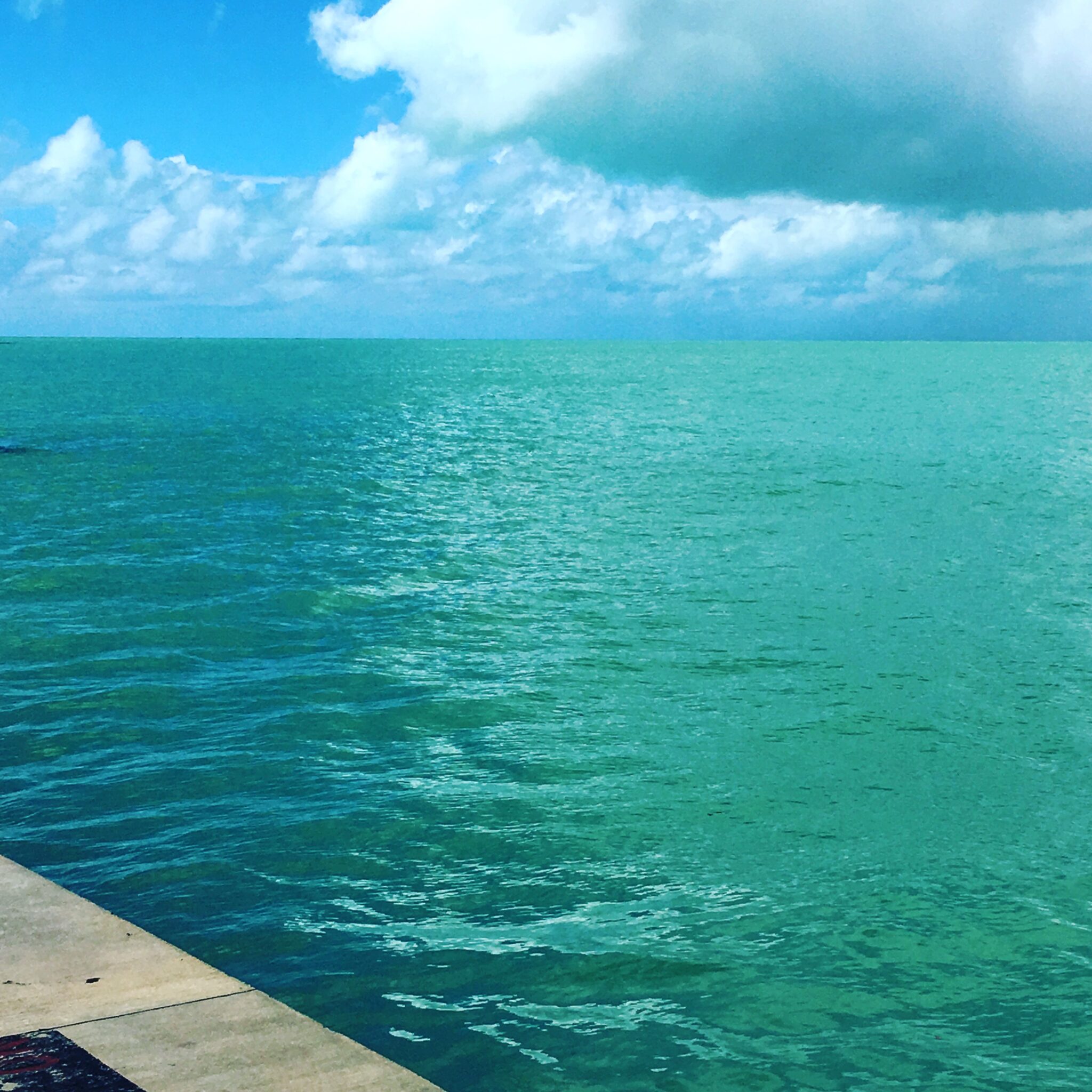 Want to be part of an insider group?  Then check out our Island State of Mind Club.  Here, you can be part of a...

END_OF_DOCUMENT_TOKEN_TO_BE_REPLACED 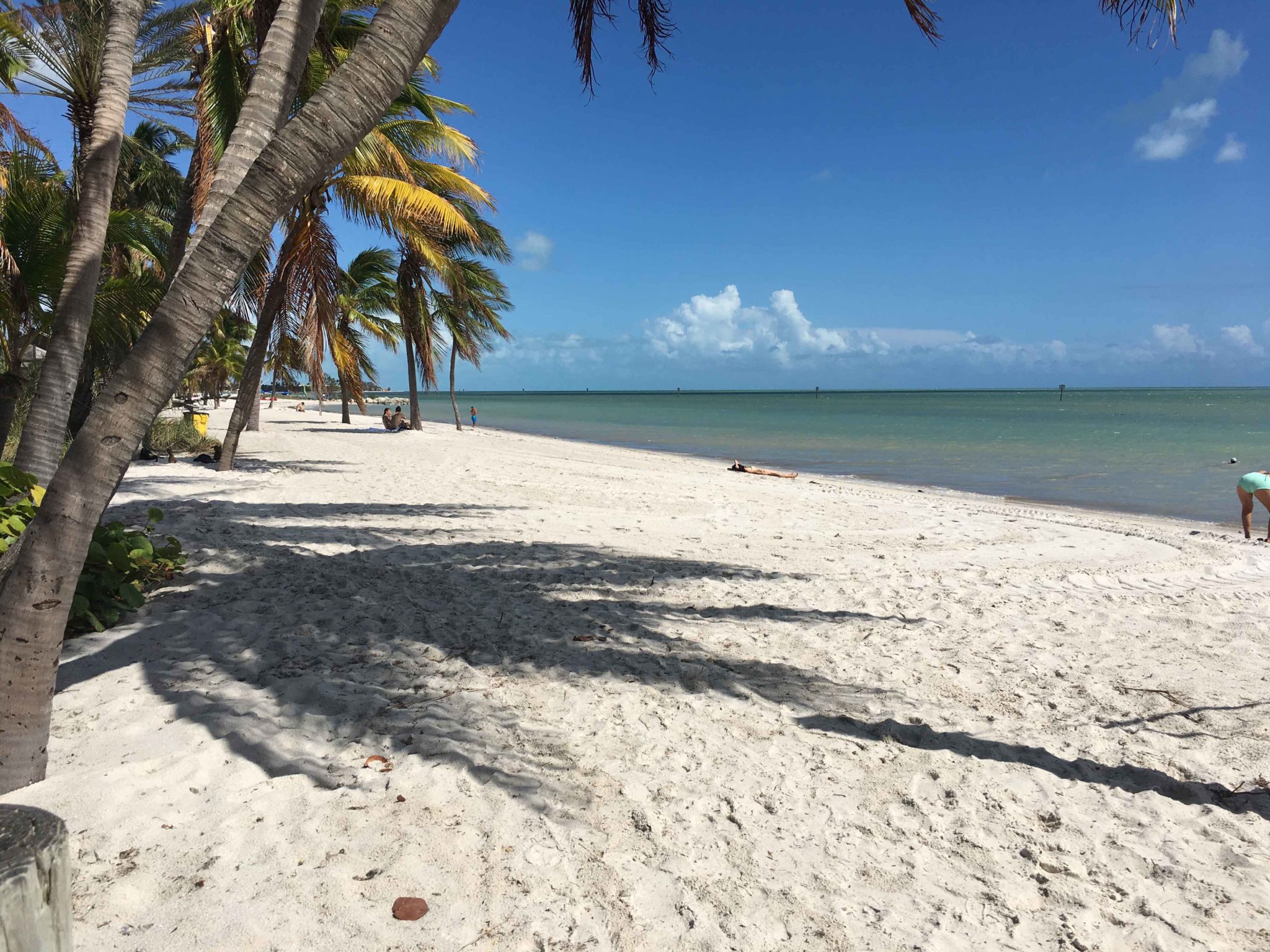 Summer is the slow season in Key West.  It can be a bit warm... it's Florida.  But, it can also be the perfect time to...