Walking down Greene Street, away from Duval, on your right is a large brick building.  With its granite stairs and very ornate iron balustrade at its entrance, you probably just walk on by… at least most people do.  But, this building is the Old City Hall.  It’s not the original building, that one was built out of wood and was destroyed during the Great Fire.

In the 1830’s, this part of Key West was underwater.  Water from salt ponds.  These salt ponds were scattered through most of the business district, running from the Historic Seaport and ending at Whitehead Street.  During the Havana Hurricane of 1846, these salt ponds were closed off from their water source at the Historic Seaport.  Eventually, the City of Key West filled in the ponds, creating the area we see today.

By 1871, the City of Key West had begun construction on the original wooden structure.  It was finished and dedicated on July 4, 1876.  This building was lost in the Great Fire of 1886.  The current building was finished in 1892.  Built with bricks that had to be transported to Key West by ship. 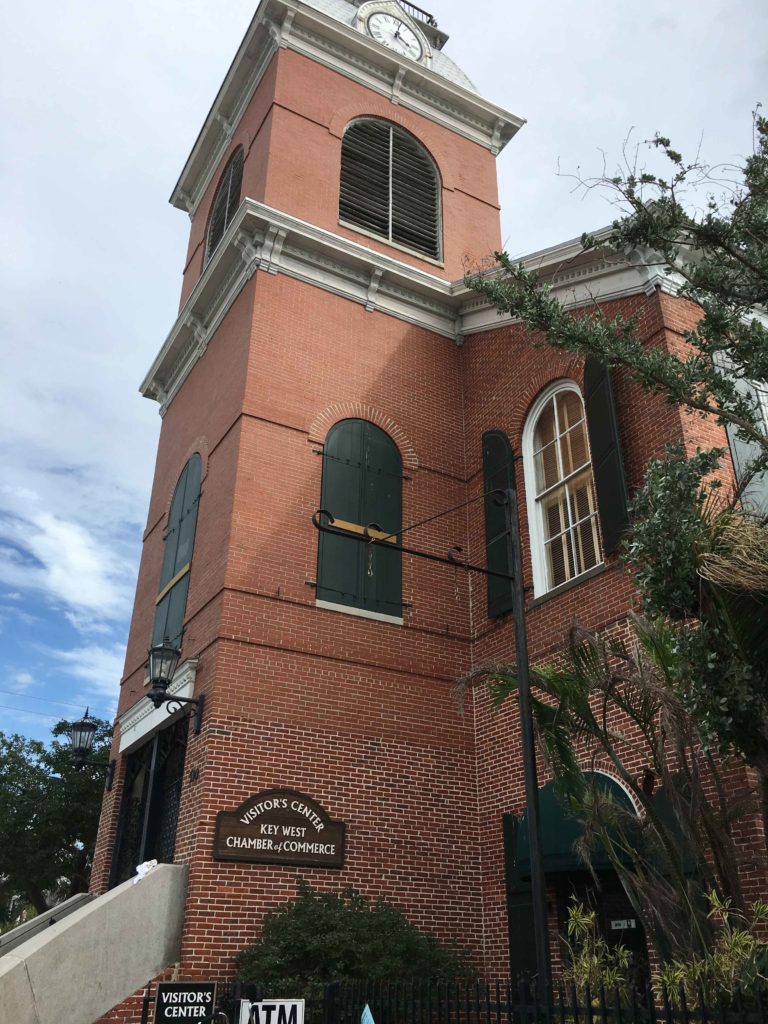 The Building’s many uses

With its design, it was able to be used by many for different purposes.  The ground floor had wide arches and supporting columns.  These were areas which were used as market stalls and then later provided an area for fire engines for the city’s fire station.

The upper floor was used by the City Commission and other City offices.  As with a lot of buildings in Key West, it was altered over the years.  One alteration was the removal of the bell tower.  Monroe County acquired the building in 1965 and began to use it as its Juvenile Court building.

In 1974, the State of Florida acquired the building and the Historic Florida Keys Preservation Board began the restoration project.

The bell tower was restored in 1976.  The restoration continued over the years and when complete, the building was rededicated in 1991.

Stop by the Chamber of Commerce on the ground floor for information about the Keys and Key West.  Or sit on the steps and watch the world walk by.  Either way, look up at the bell tower and walk around the building, it is a beautiful brick building that most often is just passed by.