The E. H. Gato cigar factory is located at 1100 Simonton Street at the corner of Simonton and Amelia Streets. 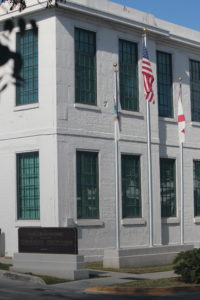 This is the second Gato cigar factory located on this site. The first factory was a three-story wooden building constructed in 1871. The first floor of the factory was used for receiving tobacco and distributing cigars. The second story consisted of rows and rows of benches and rolling tables where workers produced a wide range of cigars. In front of the workers was a raised lectern for a reader, who was paid by the factory workers to read books, poetry and daily newspapers. On the third floor, the tobacco was both stored and sorted and the best grade of tobacco leaves was chosen for the outer layer of the cigars.

In 1915, the original building was destroyed by fire. Construction of a new fireproof factory was started in 1916 and completed in 1920. During the construction of the new factory, Eduardo Gato moved his operations to several buildings on the island that had been vacated by the cigar companies that had relocated to Tampa.  The new building is a Neo-Classical Revival poured concrete structure.

When Eduardo Hidalgo Gato opened his new factory in Key West, he did everything he could to insure that he had the best cigar artisans working under his roof. To better the lives of his workers, he built a city of 40-cigar maker’s cottages around his factory, started the first street car system, created a hospital and supported a baseball league.  The cottages built around the factory became known as Gatoville. 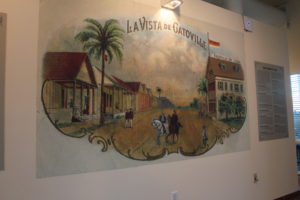 The average day of factory workers was very structured. Sorters would arrange the Cuban tobacco leaves into 20 shades of brown. The most expensive leaves were used for the wrapper. The rollers knew exactly how many tobacco leaves to roll into cigars each day. All the rollers had their own rolling tables and were paid by the number of cigars they crafted each day. A good roller could produce an average of 300 cigars a day. 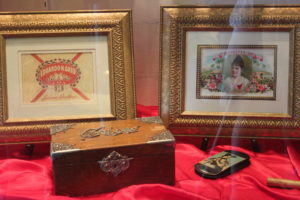 The factory itself was illuminated only by natural sunlight. Cigar factories were typically built on a North/South axis so the windows faced East/West, thus maximizing the hours of sunlight.

The Gato Factory was one of the earliest American integrated workplace where Cuban, African, Bahamian-Americans and whites worked side by side while their children attend the same school.

In 1942 the factory was sold to the Department of the Navy for use as a military barracks and cafeteria and then served as the Navy commissary until 1989.  Monroe County obtained the property in 1998 and after a renovation project it is now used as Monroe County offices, a cigar museum and the Florida State Health Department.