As you walk by Higgs Beach, you will see pedestals and a tiled mural on a raised cement platform.  This is the African Cemetery at Higgs Beach.  The cemetery contains the graves of Africans who died after being rescued in 1860 from captured slave boats. 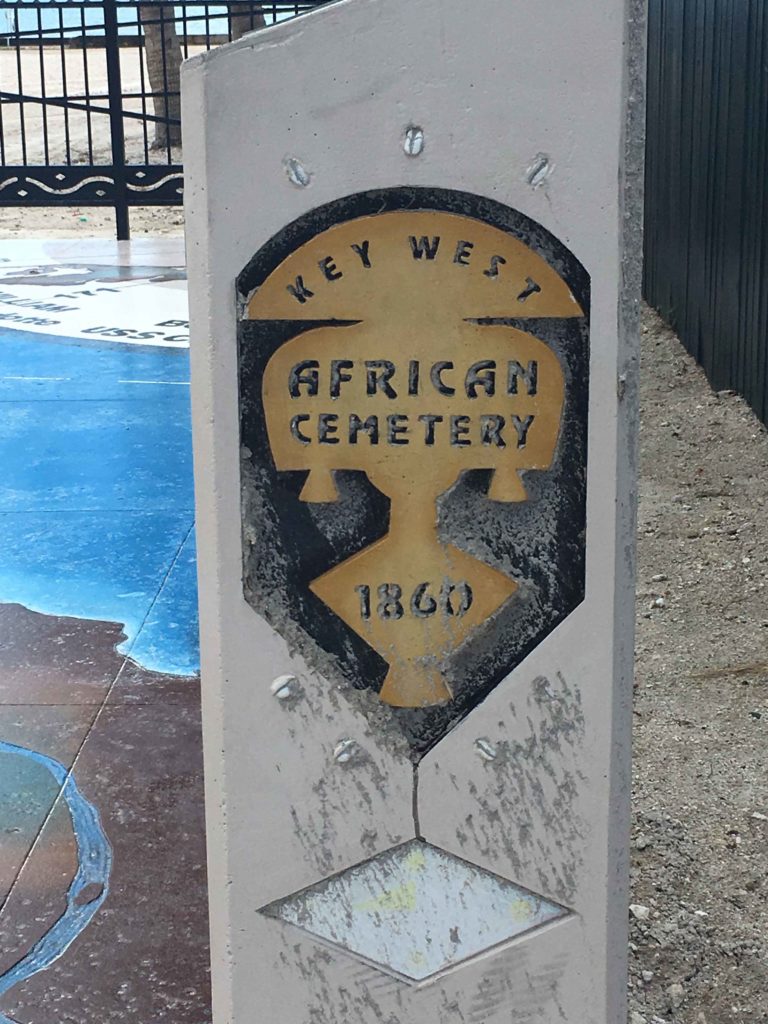 The cemetery was discovered in 2002 after using ground penetrating radar.  On June 26, 2012 it was added to the National Register of Historic Places.  This is the only African refugee cemetery in the United States.

In 1860 the United States Navy freed three American-owned slave ships which were captured near the Cuban coast.  The ships were brought to Key West for sanctuary.  United States Marshal Fernando Moreno documented more than 1,400 African men, women and children were transported to Key West.  Key West workers quickly built housing and a hospital for them.  Most of the refugees returned home to Africa, but 295 died in Key West. 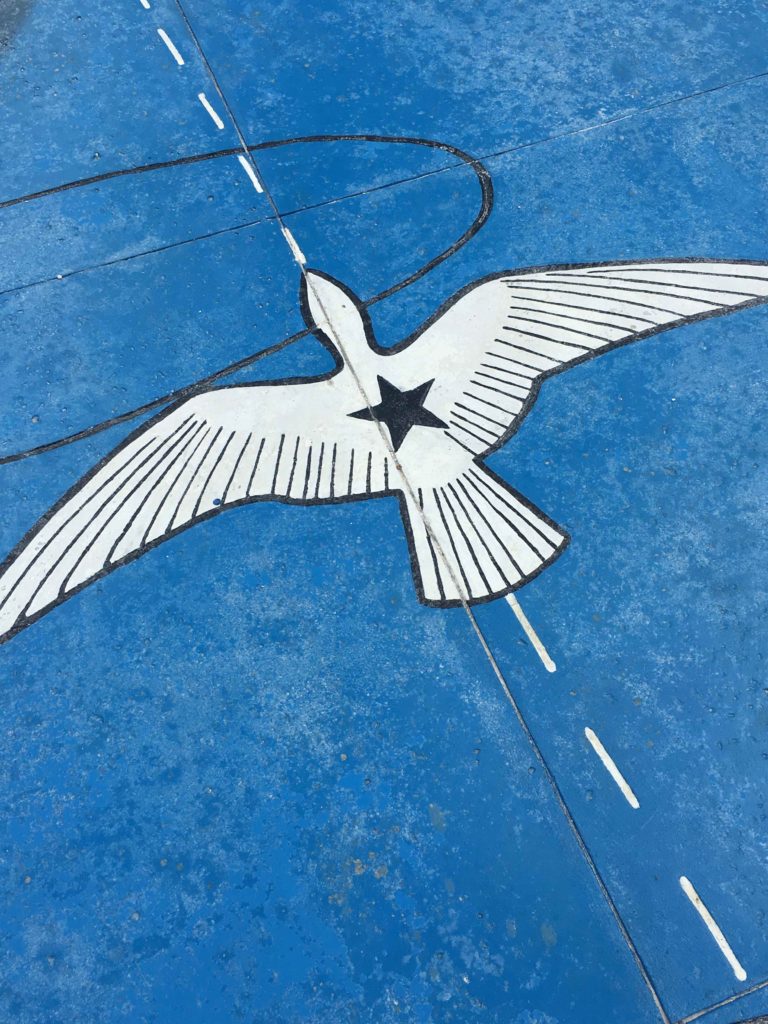 They died most likely from illnesses reporting from the brutal conditions aboard the slave ships.  They were buried in unmarked graves along the southern shore of Key West.

“This is not a slave cemetery; it’s a cemetery of African refugees”, said Corey Malcom, director of Archeology for the Mel Fisher Maritime Heritage Society.

Two years after the burials, construction began on the Martello and the cemetery was forgotten.

Research revealed in 2001 part of the cemetery was located on Higgs Beach beside the Martello.  In 2002, Dr. Lawrence Conyers from Denver was called in.  He is recognized expert in the use of ground penetrating sonar.  As no one wanted to disturb any human remains.  His three day search revealed at least nine graves and as many as 15. 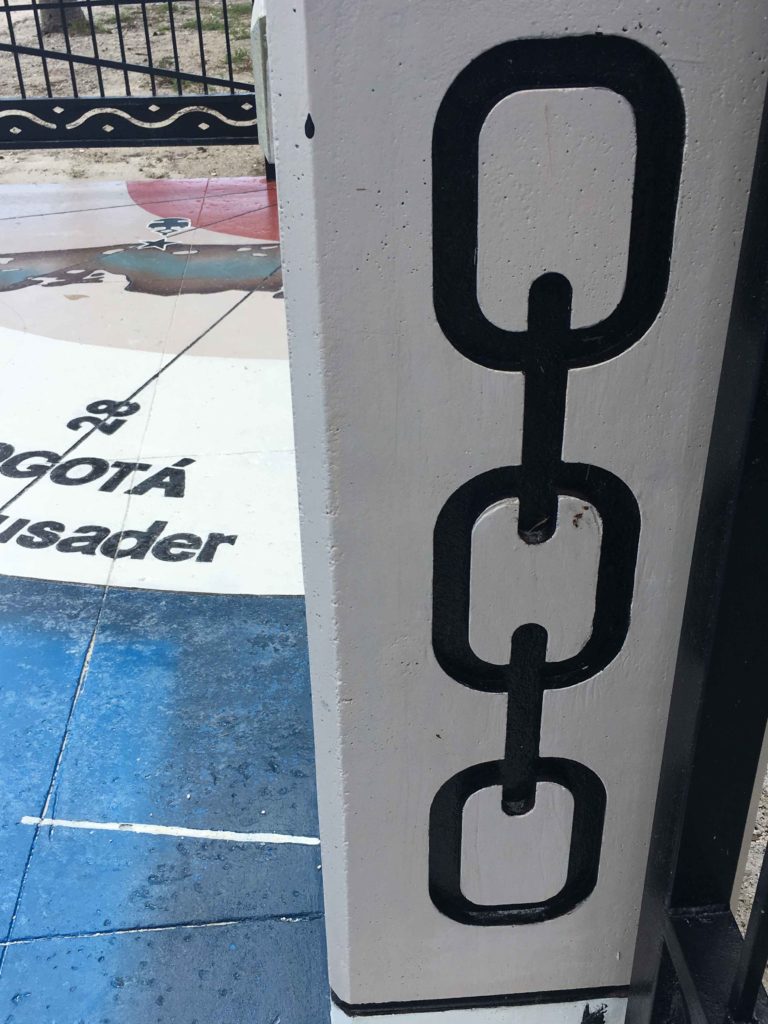 Another survey in 2010 revealed at least another 100 graves.

Today the African Cemetery is adorned with pedestals with African Adinkra symbols and topped with engraved bronze plaques.  A concrete base features a rendition of the slave trade’s maritime route.  You can learn much more about the African Cemetery at the Mel Fisher Museum.  They lead the research efforts and the sonar project to reveal the graves.

When you visit Higgs Beach, walk over and learn more about the African refugees buried there.  If in Old Town, stop by the Mel Fisher museum to find out more about the project.  You can buy tickets here.

The history of Key West is amazing.  What is your favorite stop along the Historic Walking Tour? 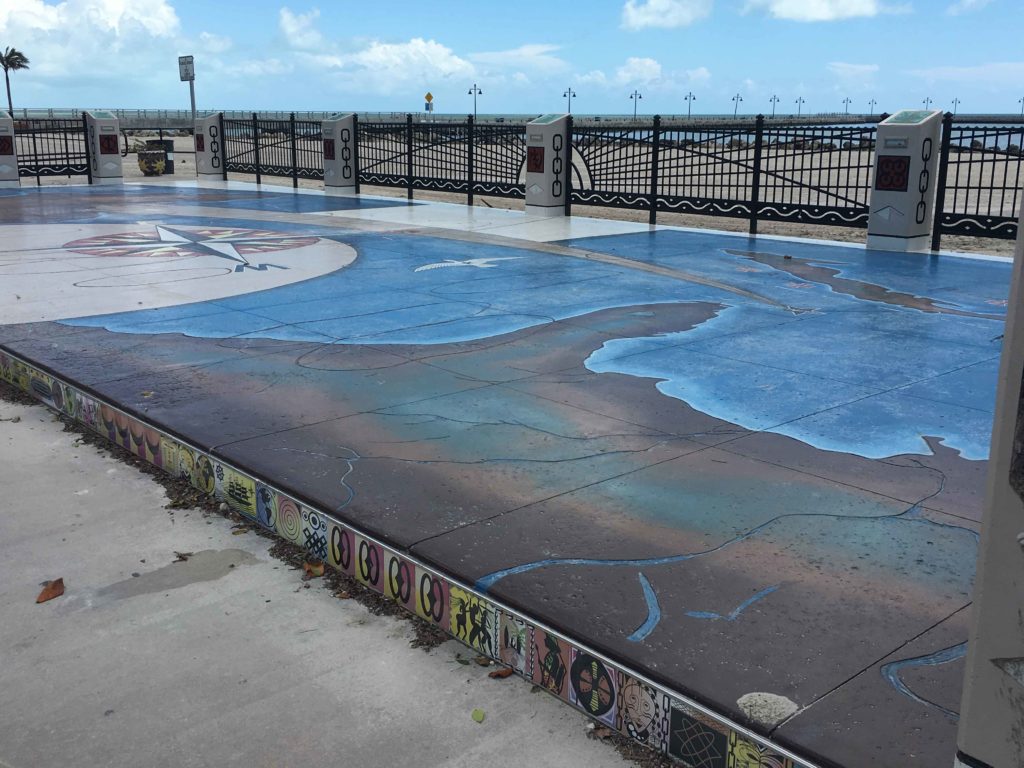